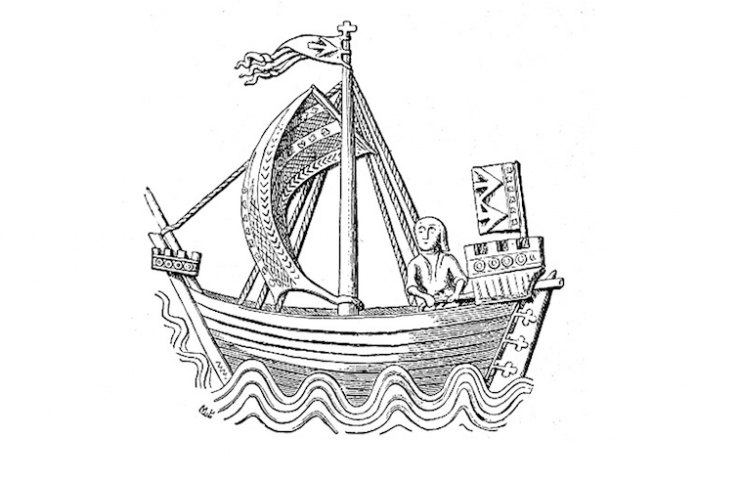 The number of the servants was not worth mentioning or impressive from the point of view of the contemporaries, but the number of the horses carried along. Today one travels by helicopter, for example, to stir up a lot of dust and to accentuate the importance of one’s own person, 500 years ago this dust was stirred up by as many horses as possible. The beautiful story of a Hanseatic legation to Bruges in today’s Belgium dates back to 1447. The Hanseatic cities of Cologne, Lübeck, Hamburg and Gdansk took part in this legation and in order to keep the costs within bounds, it had been agreed in advance to each arrive with only six horses. The Gdansk delegation did the same and, to their annoyance, found that the Lübeck delegation arrived with 19 horses, the Cologne delegation with eleven horses and the Hamburg delegation with ten horses. One can well imagine that one was very angry about having been loaded so unfairly.

But all in all, one can already sense the refinement of medieval diplomacy in these processes, the “great politics” being able to cleverly pave the way through the “great performance”. This effort of the Hanseatic cities to give their council messengers a high reputation or a high status can also be seen in the equipment with which the delegates were equipped. An account of the travel expenses of the participants from Riga handed down from the year 1511 shows that a total of 1,220 Riga guilders were spent, which corresponds to a value of 109,000 € according to today’s purchasing power, even for a prosperous Hanseatic city like Riga no paper bag. What is particularly striking about this is that about 40 percent of these expenses were accounted for by the clothes of the two Riga councillors who were to represent the city at the Hansa Convention.

For the money one bought fine velvet, damask, taffeta or silk and then especially furs, in this case about 140 marten skins, sometimes better known as sable skins. Unfortunately, it is not known exactly which garments were made from these materials. More precise in this respect are the travel expense accounts of the Hanseatic city of Cologne, which in 1487, for example, had its councillor Gerdt van Wesel equipped with appropriate clothing at a cost of 97 Rhine guilders (according to today’s purchasing power about 24,000 €). Van Wesel bought four coats (one lined with valuable marten fur, another with taffeta). He bought a damask jacket, fox fur sleeves, a yoke, a pair of trousers, underwear, shoes and a sword. The portrait of the Lübeck merchant Mathias Mulich (see Fig. 1), painted by Jacob Claesz van Utrecht around 1522, shows how the appearance of these gentlemen can be roughly imagined. Mulich can be seen in the painting with a black brocade bonnet, a fur-trimmed collar above and a silk shirt embroidered with golden threads below. On his head he wears a beret decorated with precious pearls. The wearing of such precious garments was a means of distinction, only particularly high-ranking dignitaries, such as members of the city council, were entitled to do so. 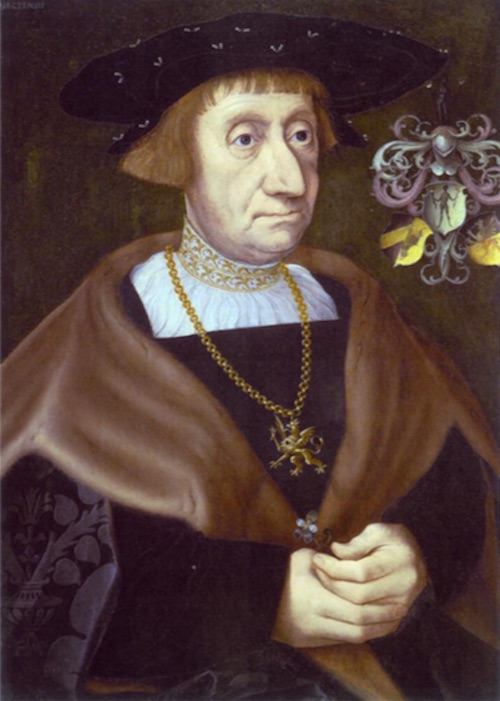 Now we come to the journey itself, which was always also an adventure. From Hamburg or Wismar near Lübeck it was a day trip, from Riga about 1,400 km away it took several weeks. The Danziger Ratssendeboten arrived 1518 by ship and needed because of unfavorable winds three weeks for the crossing to Travemünde. In 1517, the delegation of the Hanseatic city of Kampen covered the distance of approx. 450 km in five days, mainly riding at night. In order to protect themselves against robberies, it was necessary to request escort protection from the responsible sovereigns. But even if the convoy was granted, every journey remained a risk. So the Kampener could shake off only scarcely a troop of about 40 enemy riders on the home journey shortly before Cloppenburg. The envoys from Reval (today Tallinn) and Elbing were less lucky in 1511. Although they were under the escort of the Duke of Mecklenburg for the last part of the journey, they were captured three kilometres before Lübeck and their release (presumably for ransom) could only be achieved after some time and at the loss of their belongings.

When the individual delegations arrived in Lübeck, the new arrivals as well as the city superiors of Lübeck attached great importance to an honourable entry into the city. Unfortunately, it is not possible to say exactly what this entry looked like due to the bad records. At that time, it was generally customary for high-ranking city representatives to meet the guests during visits by important princely or clerical gentlemen and then move into the city together in a procession, normally accompanied by minstrels and jugglers, the ringing of church bells and spectators at the roadside. For example, we are quite well informed about the festive reception given by the Lübeck Emperor Karl IV when he visited the city in October 1375. High-ranking representatives of the Council and the clergy hurried to the gates of the city to escort the regent couple into the city in the form of a procession with all honours. 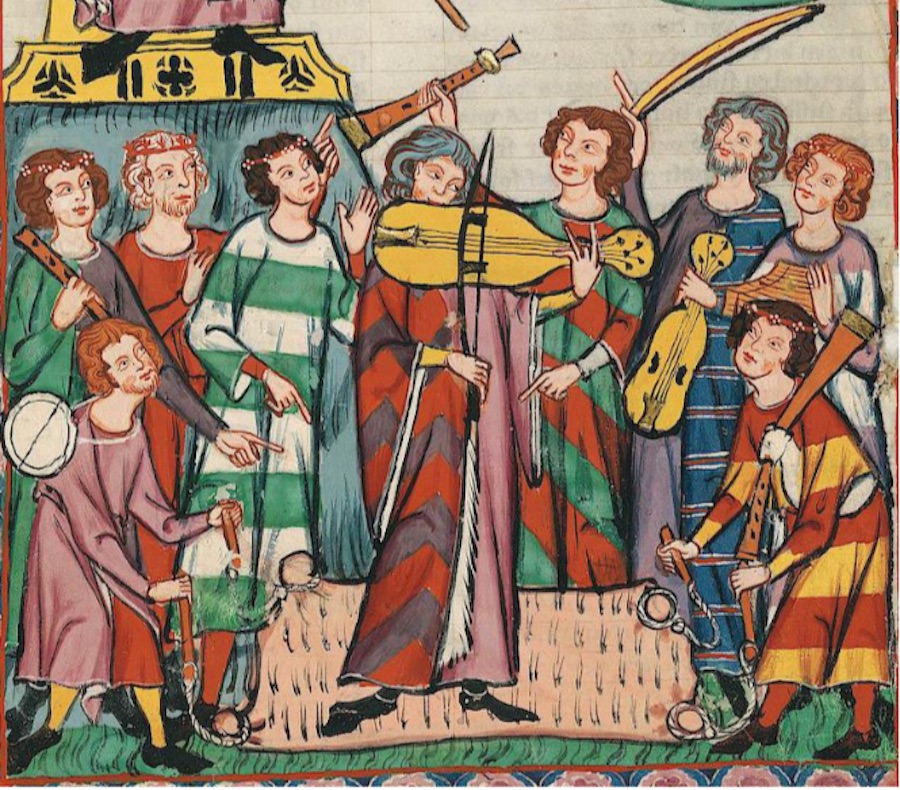 The reception of the city’s envoys at a Hansa Convention will not have looked quite so ceremonious, especially since the delegations of the various cities did not all arrive in Lübeck on the same day, but rather successively and spread over several days, sometimes even weeks. Thus it is the traditional travel expense accounts of individual Hanseatic delegations that document that there must have been reception ceremonies. Especially on arrival in Lübeck, considerable tips were paid for the minstrels. Sometimes the journey to Lübeck even started with own minstrels in the retinue. Thus e.g. gave. In 1518 the mayor of Goslar, Werner Uszler, on his arrival in Lübeck tipped the trumpeters and drumsticks of the Lübeck Council, a drunken piper, a fiddler and a juggler, the great play of the Lübeck Council musicians and the trumpet player of the Hamburg Council, a truly great spectacle, for such a varied musical commitment attracted a great deal of attention and is hardly imaginable without the appropriate reception ceremonies, without an audience at the roadside. With such a move into the city it was made clear that here came not simple travellers, here came important representatives of respected Hanseatic cities, who deserved respect and honour.

As a rule, the Hansa Convention participants were not accommodated in public guesthouses or hostels, but were welcomed by the leading families of the city, families of which the men usually sat in the Lübeck Council and who were economically active in the Hansa region. Only Hanseatic towns in the immediate vicinity, such as Hamburg, Lüneburg or Wismar, whose representatives frequently stayed in Lübeck, maintained their own houses in Lübeck. All in all, the messengers from the Council wanted a representative accommodation when choosing their lodging in order to underline their claimed status.

On the day of their arrival in Lübeck, the new arrivals were visited by members of the Lübeck Council in their accommodation – usually in the evening – in order to officially welcome them and to present them with presents of honour. At the end of such a visit, the Kampener ambassadors noted the following in their 1517 report for the home council: “On the same Wednesday evening, the city of Lübeck sent some councilors to the hostel to welcome us with reverence. We thanked them with the same respect. We were given three little parlours of wine.” One room contained about 3.6 liters, so together a wine gift of about 10.8 liters. What the people of Kampens report here is remarkable in two respects. Firstly, it becomes clear that representatives of the Lübeck Council visited each individual delegation before the official start of the Hansa Convention and, in addition to the mutual respect mentioned above, also exchanged views and expectations on the forthcoming negotiations. It is obvious that valuable information was gathered in this way for the conduct of the negotiations, which was usually conducted by the mayor of Lübeck, who was the speaker.

Secondly, the wine gifts as such attract attention and seem strange to us today. But honorary wine gifts corresponded to the everyday practice of that time. For this reason, issues of honorary wine – sometimes also called “Schenkwein” – can be found in the accounts of almost all medieval and early modern cities. Servants of the council were responsible for the delivery or presentation of the wine gifts, who usually received a tip for their services.

The city servants were often accompanied by representatives of the council, as was the case with the campers in 1517 and as can be read in various places in the surviving Hansa Convention documents. The gifts of wine of honour were therefore not only a nice gesture, but with their help the field was prepared on the political platform. We see: not only “great show”, also “great diplomacy”. It is therefore not surprising that there was hardly a representative political event in the urban context in which wine was not given away.