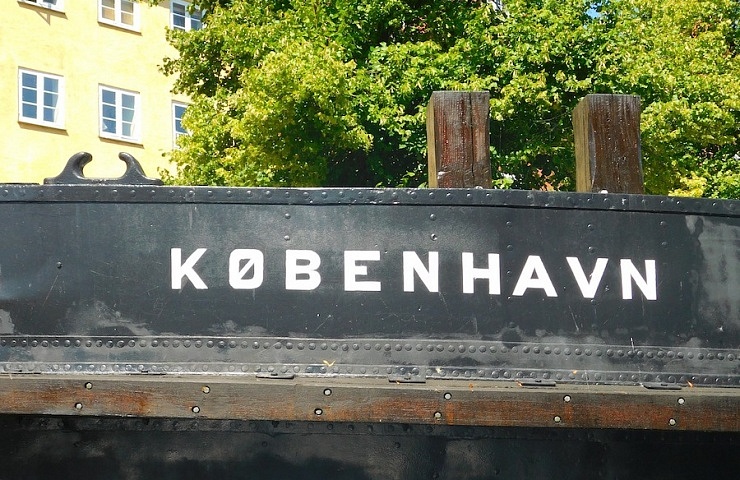 Dänemark und seine Hauptstadt Kopenhagen warten auch 2019 mit zahlreichen Highlights auf. (Foto: pixabay.com)
0 Comments
FacebookTwitterGoogle+PinterestTumblrLinkedInRedditEmailPrint
182019 will see a host of hot new attractions set to open across Denmark with high flying Copenhill and Camp Adventure taking guests to new heights. It’s the last chance to see Rubjerg Knude lighthouse before it’s relocated and in Copenhagen there’s a choice of exciting new dining options plus the opening of the new Cityringen Metro in Copenhagen. National pride in Danish heritage is also likely to peak in 2019 as the country celebrates 800 years of its national flag, the Dannebrog. So take advantage of Ryanair’s new regional flights from Liverpool, Edinburgh and Southend to Copenhagen and new thrice weekly flights from Manchester to Aarhus with SAS to get active in Denmark in 2019.

Culture and attractions
As the oldest known national flag in the world, the Dannebrog (meaning the Danish banner) is a source of great national pride, which legend has it, fell from the sky on 15 June 1219 in a battle with the Estonians. Danish history will also be more accessible to visitors when the new Museum of Copenhagenopens its doors in spring 2019. Moving to its new location on Stormgade 18, the museum will be a source of information on the city’s past, present and future and a reference point of its archaeology enabling city planners to make best use of the space within the city. Meanwhile a series of modern art installations can be experienced at Copenhagen Contemporary Exhibition Centre, the city’s new artcentre in the old industrialharbour of Refshaleøen. Showing creations byworld renowned contemporary artists, the exhibition space is at theepicentre of Copenhagen’s new creative hub.

Meanwhile on the harbour of Copenhagen at Knippelsbro the Kulturtårnet (The Culture Tower) is an old copper bridge tower which has been restored to offer a quirky new cultural venue for art, music, podcasts, talks and gastronomy with unique views across the city.

For another tower experience, see the iconic Rubjerg Knude lighthouse, on the North Jutland coast, before time finally runs out and the historic lighthouse is moved to a new location. The lighthouse was first built in 1900, at which point it was more than 200m inland and there were no large dunes around it. However, over time the sea has moved closer and the wind has blown large amounts of sand up from the cliff. By 1968 the sand was so high it was sometimes impossible to see the lighthouse from the sea, and the light was switched off. Since then, the lighthouse has been under attack from coastal erosion, and in danger of falling into the sea.

Getting around Copenhagen will be a whole lot quicker and easier in 2019 when the new cityringenMetro opens in July. Constructed in conjunction with the existing Copenhagen metro network the 15.5 km underground loop under downtown Copenhagen’s ‘bridge quarters’ and Frederiksberg will have 17 underground stations. Linking the Nørrebro and Vesterbro areas with the city centre, it will make all the great restaurants, bars and shops more easily available for visitors and the airport accessible from the centre in as little as 20 minutes.

A new attraction for visitors to Copenhagen in 2019 is set to be the opening of CopenHill, the new artificial ski slope and recreational running and hiking trail built on top of Copenhagen’s new Amager Bakke Waste-to-Energy Plant. Designed by Danish architect, Bjarke Ingels the building stands some 85-metres high, and on the roof top café at the top of the ski slope there will be a platform with incredible views of the Danish capital. Ski equipment will be available to hire, and there will also be green walking and running trails where visitors can wander and explore. For those with a real head for heights on one side of the building there will be an 85-metre high climbing wall, the tallest in the world. At 10 m wide it will have grips and different obstacles on the way up and will be designed to look like a mountain wall with different outhangs and routes to be found on the way. Aimed at experienced climbers with the right certification the routes up the wall will be rated by difficulty, where climbing becomes harder the higher you go.

For an alternative climb visitors to Camp Adventure resort in Haslev, about one hour south of Copenhagen, can scale the centrepiece of the project, a 45-metre-tall hourglass-shaped tower, for a birds-eye view of the forest of Gisselfeld Monastery. Guests will be able to ascend from the forest floor up the 600-metre-long internal spiral ramp, to take in spectacular views from the observation tower in the treetops and find an amazing 360-degree view over the surrounding countryside. Furthermore, the walkway will include diverse design features – including looping pathways, an aviary, seating and bridges, resulting in a striking experience.

Food news
Combining a museum with a micro-brewery Ny Malt in Ebeltoft, on the East Jutland coast is transforming the old red chalked malt factory into a centre for culture, the arts, gastronomy and creative industries. The new meeting place will open in 2019 and throughout the year it will house the Museum Østjylland(Museum East Jutland) and the Ebeltoft Yard brewery, which will produce malt and brew beer.

The big news on the restaurant scene in Copenhagen will be the opening of several new and exciting restaurants in the Refshaleøen area of the city.

Firstly, in January 2019, Matt Orlando, the former head chef at Noma and the creator of Amass will open Broaden & Build. The organic brewery and casual eatery will explore a creative collaboration between a chef and a brewer, where flavour and sustainability are the driving force. It will be located in the house of the former Royal Theatre’s scenery storage unit and will share the space with the new breweries – Emipirical Spirits distillery.

Next to Broaden & Build and also eagerly anticipated is the re-opening in Refshaleøen of Rasmus Munk’s extraordinary Alchemist restaurant a year after closing the original restaurant. In this new and larger space Munk will be able to realise much of the vision he originally dreamed of in stimulating all the senses to create a complete sensory dining experience. Taking gastronomy into a whole new sphere he’s created a new style of cuisine which he’s called ‘Holistic Cuisine’. Inspiration for the concept came following a trip to Japan, where he realised what skilful sourcing of quality ingredients truly means and the other stimulus has been his introduction to the art world.

This will manifest in a number of ways from two ‘sensory experience rooms’, featuring artists, actors, and other creatives with installations changing two-three times a year, to an art installation inspired by Danish-Icelandic Artist Olafur Eliasson’s art piece Multiple Shadow House. In this piece diners will see the glass wall between the service kitchen and the dining room covered by a film that creates a living shadow art piece when the chefs move around in the kitchen. To ensure coherent creative storytelling from the beginning to the end, Rasmus Munk has invited the playwriter, Louise Rahr to overlook the experience.

Meanwhile, the trend for street food courts continues to gather pace with the expansion of Copenhagen Street Food from its original location on the Paper Island (Papirøen) to a new site also in Refshaleøen called Copenhagen Street Food Reffen. Whilst Boltens Food Court will be the opening in 2019 in a renovated building near Kongens Nytorv in the centre of Copenhagen. With 19 international restaurants, including two Vegan offerings and five bars, including a Carlsberg Brooklyn Bar, it will cover three floors of the old timbered building.

For those eagerly awaiting the new Nordic Michelin Guide it has now been revealed that the launch will be taking place on Monday 18 February in Aarhus.

Getting there
Three new Ryanair flights add to the choice of airlines serving Denmark in 2019. Twice weekly flights from Edinburgh to Billund, Liverpool to Copenhagen and Southend to Copenhagen are starting in April 2019. Price from £25.99 per person one way.

SAS has also announced the launch of its thrice weekly flight from Manchester and Aarhus. Starting in April the flights will operate Monday, Wednesday and Friday. Price from £60 per person one way.

Whilst EasyJet commenced twice weekly flights from Gatwick to Aarhus from 2 November 2018. Price from £35,20 per person one way.