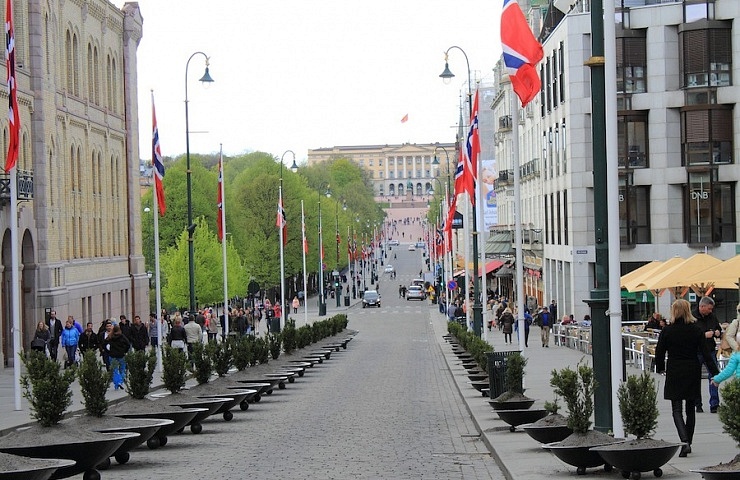 Anders Breivik’s politically motivated bombing of the Norwegian parliament building in Oslo and his subsequent massacre of participants in the Norwegian Socialist Party’s youth camp on the island of Utøya on 22 July 2011 killed 77 young people and adults. The terrorist attacks also had consequences in neighbouring Denmark. (Foto: pixabay)
0 Comments
FacebookTwitterGoogle+PinterestTumblrLinkedInRedditEmailPrint

The number of Danes diagnosed with trauma- and stressor-related disorders (including post-traumatic stress disorder (PTSD)) increased substantially following the terrorist attacks carried out by Anders Breivik in Norway in 2011.

After the attack. Flowers in Oslo. Photo: Colourbox

Anders Breivik’s politically motivated bombing of the Norwegian parliament building in Oslo and his subsequent massacre of participants in the Norwegian Socialist Party’s youth camp on the island of Utøya on 22 July 2011 killed 77 young people and adults. The terrorist attacks also had consequences in neighbouring Denmark. Here the attack was followed by a significant increase in the number of Danes who were diagnosed with trauma- and stressor-related disorders such as PTSD.

This is demonstrated by a research project conducted by Postdoc Bertel Teilfeldt Hansen and Professor Peter Thisted Dinesen, both from the Department of Political Science at the University of Copenhagen, in collaboration with Associate Professor and medical doctor Søren Dinesen Østergaard from the Department of Clinical Medicine at Aarhus University. The results of the study were recently published in the journal Epidemiology.

In the study, the researchers used data from the Danish Psychiatric Central Research Register, which contains data on all psychiatric diagnoses assigned at psychiatric hospitals in Denmark in the period from 1995 to 2012. The results of the analyses show a significant increase in the number of Danes who were diagnosed with trauma- and stressor-related disorders in the period following the terror attack in Norway on 22 July 2011.

In the 18 months following the Breivik attacks, the number of Danes diagnosed with trauma- and stressor-related disorders increased by 16% in relation to the expected level, corresponding to 2,736 extra cases.

“The observed increase in diagnoses of trauma- and stressor-related disorders, taken together with the fact that we do not see a similar increase at other times or in relation to other diagnoses, indicates that the attacks were indeed the underlying cause,” says Bertel Teilfeldt Hansen.

Greater impact than the 9/11 attacks

The researchers behind the study have previously demonstrated that the terrorist attacks on 11 September 2001 in the United States had a similar effect on the mental health of Danes. However, the number of people diagnosed with trauma- and stressor-related disorders following the 9/11 attacks only increased approximately four per cent in the period following the attacks (as compared with 16% following the Breivik attacks), even though the number of casualties was far higher in this attack than in the Breivik attacks – almost 3,000 people died in the 9/11 terrorist attacks.

“We observed the same kind of effect in Denmark following 9/11, but the effect of the Breivik attacks in Norway was four times as strong compared to that of 9/11. We cannot know for certain what causes this difference, but the fact that Danes are closer to Norwegians – both in a geographical and a cultural sense – is probably important in that regard. People conceivably felt that ‘this could just as well have been us’ and that probably amplified the negative effect on mental health in Denmark,” explains Søren Dinesen Østergaard.

How can Danes develop mental illness due to terrorist attacks that take place in another country? The media must necessarily play a key role in this regard, as most people could only learn about the attacks through mass media coverage, and not from personal experience. The study of the Breivik terrorist attacks supports this notion further. Just over a year after the attacks, as the court case against Anders Breivik was intensely covered in the media, a new – although smaller – increase in the number of trauma- and stressor-related disorders was observed.

“It is quite striking that we can observe a new increase in the number of trauma- and stressor-related disorders when the media covers topics related to the Breivik terrorist attacks. This demonstrates that the media coverage is important in this regard. However, whether this knowledge should lead to a change in the media’s coverage of terrorist attacks is another matter, which involves a balancing of considerations over public health and having an informed public,” Peter Thisted Dinesen concludes.