Finland – The destintation for R&D investments 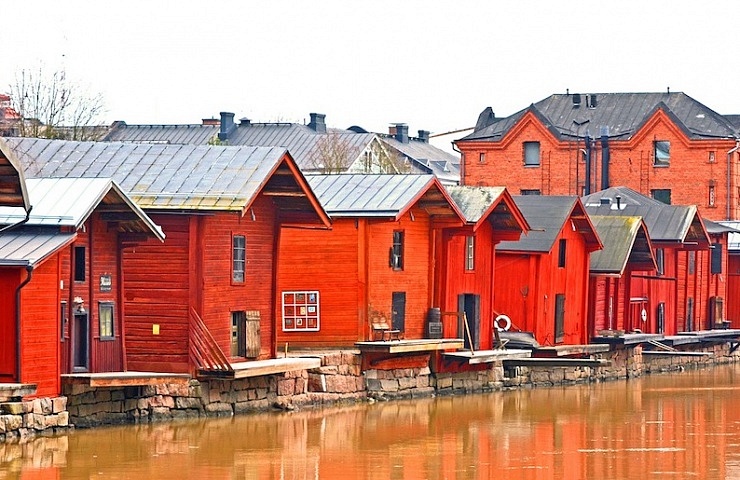 Half of the world’s population uses mobile technologies developed in Finland. Linux, Clash of Clans and Angry Birds, the wearables industry and, most recently, the world’s most advanced 5G testing platform have been created in Finland. (foto: pixabay.com)
0 Comments
FacebookTwitterGoogle+PinterestTumblrLinkedInRedditEmailPrint

Half of the world’s population uses mobile technologies developed in Finland. Linux, Clash of Clans and Angry Birds, the wearables industry and, most recently, the world’s most advanced 5G testing platform have been created in Finland. This innovation driven economy is a chosen and valued location for efficient and effective international R&D centers. In 2016 Microsoft, Fujitsu, IBM, Rolls-Royce and Huawei enhanced and expanded their operations to further digitalize their business, speed up product creation, and boost innovation. All of the companies located new R&D competencies in Finland using Finnish brainpower.

According to Finpro’s Invest in Finland statistics, a total of 270 new foreign companies entered the Finnish market in 2016. Major foreign direct investment (FDI) in Finland included Microsoft announcing  plans to invest $14 million in setting up a foundation to spur the growth of the Internet of Things. Fujitsu announced that it selected Finland as the Nordic hub for its new-generation IaaS and PaaS cloud service, Fujitsu Cloud Service K5.

Further, IBM announced that it would open a Watson Health Center in Finland using cognitive computing as a basis for global healthcare solutions. Deborah DiSanzo, General Manager for IBM Watson Health told Newsdog “Finland was selected as a destination country to implement various Watson Health capabilities, including the Watson Health Cloud, based on the country’s vision to restructure and digitalize its healthcare system, its tech-savvy citizens and mobile capabilities, and a social environment that supports a culture of health.”

“Finland serves as a global R&D hub because of its highly skilled, cost-effective workforce. In Finland, the cost of a 20-member R&D unit is 50 percent lower than in San Francisco. Moreover, the European Commission’s study from last year rated Finland as the best country for foreign investments in the European Union. The study praises Finland for its innovation intensity and ease of doing business,” comments Antti Aumo, head of Finpro’s Invest in Finland.

“The world’s leading companies choose Finland as an R&D hub for their mission-critical development that requires creative, lateral and independent thinkers able to solve problems and extend product development in new and exciting channels. Finns are highly skilled developers raised to solve problems and deliver quality results on time.  When a company’s future depends on cost-effective innovation – call in the Finns. That is our offer to the world,” says Richard Stanaro, Director in San Francisco – Silicon Valley area.

It is not only technology attracting Chinese companies to Finland, but also the growth opportunities in the bioeconomy. The value of current Finnish bioeconomy projects, both in operation and under planning, is over $4 billion. One key factor driving the growth is the vast resources – Finland is Europe’s most heavily forested country. In 2016, Chinese companies Sunshine Kaidi and China CAMC Engineering announced plans valued close to $1billion earmarked for Finnish  bioeconomy. Sunshine Kaidi will build a first of its kind 2nd generation biorefinery in Finland by 2019 while China CAMC Engineering is planning to co-invest into a new pulp mill.