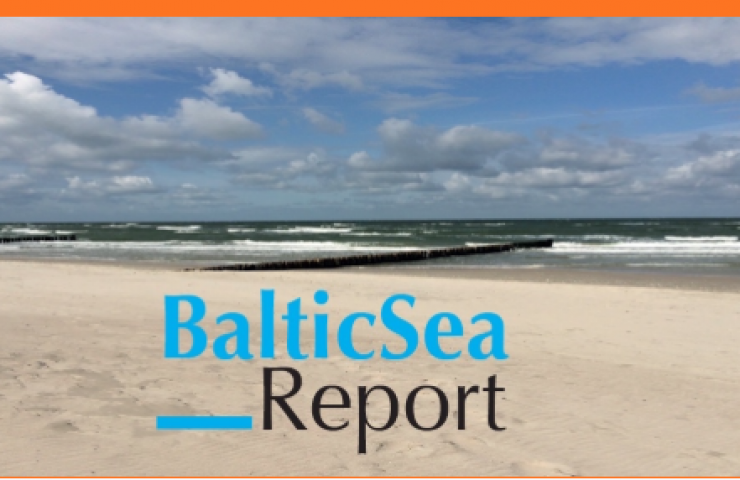 Protest against judicial reform: Polish judges go into the resistance. In Poland, 27 judges have to go to the Supreme Court, including President Gersdorf. But she and her colleagues take up the fight with the government. spiegel.de  , washingtonpost.com

Lithuania urges EU to pressure Belarus over nuclear safety: Lithuania will ask the European Commission to put pressure on Belarus to modify a nearly completed nuclear power plant which the Baltic country sees as a threat to its safety and national security.  reuters.com

Cross-sector and practicality are the reasons why EU macro- regional strategies can make a real difference: The striking feature of the Forum was a diverse participation of stakeholders starting with three prime ministers, a vice-president, EU commissioner and so on through regional and local authorities to NGOs and a vast group of people involved in transnational projects.‘It showed a remarkable interest in the Strategy. It showed that EUSBSR forum is the best place to discuss the cooperation of Baltic Sea Region. Also, intensive debates and twenty one seminars which were organized within just two days of the Forum proved that there is a willingness among stakeholders to move forward’, said Raul Mälk,  a former Minister of Foreign Affairs of Estonia and the Chair of the National Coordinators group of the EUSBSR in an interview to Let’s Communicate! Project. balticsea-report.eu

Harder for Denmark to return asylum seekers within EU: It has become more difficult for Denmark to return asylum seekers to other European countries in which they were previously registered. Ministry of Immigration and Integration figures show a drop in the proportion of people who left Denmark on this basis, newspaper Kristeligt Dagblad reports. thelocal.dk

Trump-Putin to meet in Helsinki on 16 July: The date for the top-level meeting was confirmed by the White House and the Kremlin on Thursday. Four protests planned for Trump-Putin Helsinki summit, so far Helsinki Police has received notice of four demonstrations planned for 16 July, but the number of protests is expected to grow. yle.fi

UK in talks with Sweden over next-generation fighter jet: MoD looks to new aerospace partners after being left out of Franco-German programme. The UK has held initial discussions with Sweden about collaborating on a future fighter jet, as it prepares to reveal a long-awaited combat air strategy at the Farnborough air show later this month. As part of the strategy, the government is expected to commit to launching a next-generation fighter programme by 2020 in a sign of its post-Brexit ambitions to retain cutting-edge combat air expertise. ft.com

New border controls introduced at airports and ports across Sweden: Police have increased the number of locations where temporary border checks may take place. The checks have been introduced to a total of 12 new spots, including some of the largest airports across the country, as well as ports in southern and central Sweden. thelocal.se

Malmö has a great start-up culture: With more than seven start-ups created every day, there’s no denying that Malmö is one of Europe’s most important innovation hubs. A leading tech-investor says he knows why. thelocal.se

Thousands of new hotel rooms coming to Copenhagen: Number of new rooms to increase by over 40 percent over next four years. cphpost.dk

Government office to coordinate communication of Lithuania’s image abroad: According to the government, Lithuania started to create its national brand back in 2006, but the work was not successful and came to a complete halt with the onset of the economic crisis in 2009. baltictimes.com

Hälsostaden Ängelholm: A new concept for hospital care in Sweden. Hospitals are a central part of every healthcare system, and need to regularly evolve their infrastructure and facilities to keep up with new treatments and technology. In Ängelholm, a coastal town in southern Sweden with a population of 42,000, a new hospital building named Hälsogallerian will be opened on 12 June as part of a pilot for a new hospital concept – Hälsostaden Ängelholm. balticsea-report.eu

New Cooperation: The Baltic states and Poland have signed an agreement to connect their power grids to the European Union network by 2025 in a bid to end their dependence on Russia dating back to the Soviet era.The leaders of Estonia, Latvia, Lithuania, and Poland, which are all EU member states, sealed the long-awaited deal on the sidelines of an EU summit in Brussels on June 28, along with EU Commission President Jean-Claude Juncker.  rferl.org, europa.eu

Well developed transport connections enable Hamburg to take over the function of a freight hub in Baltic Sea traffic: A particularly important link to the Baltic Sea region for the Port of Hamburg: the Kiel Canal With around 30,000 ship passages a year, the Kiel Canal (NOK), inaugurated in 1895, is the most frequented artificial waterway in the world. For the Port of Hamburg, it is the shortest connection to the Baltic Sea. Major investments have set the course for making the canal sufficiently efficient for current and future traffic requirements. By 2030, the (NOK) with currently more than 30,000 ship passages and a transported goods volume of almost 100 million tons per year is to be prepared for the future by means of a comprehensive modernization program. Important elements, such as the sluice project, are well under way.

Construction work is now underway on the construction of a fifth sluiceway chamber in Brunsbüttel and on the financially secure adaptation of the narrow and winding east route off Kiel. The replacement construction of the “Small Locks” in Kiel-Holtenau and the modernisation of the “Large Locks” there are already in the planning stage. The new Federal Transport Infrastructure Plan 2030 contains positive statements for the North and especially for the Kiel Canal. The deepening of the entire canal has found its way into the so-called “new projects” there as a matter of urgency.

The economy depends on a well developed and efficient NOK, so that not only German foreign trade but also the trade goods of the dynamically growing Baltic Sea region can use the fast and short waterway without problems. The Port of Hamburg also benefits from this, which is connected to the Baltic Sea region via the Kiel Canal by the shortest route with around 120 feeder connections per week. With its tight network of feeder and liner services, Hamburg is the westernmost main port for the states in the Baltic Sea region and assumes a considerable role as a hub for their Baltic Sea traffic. balticsea-report.eu

Minister wants to ease path of qualified foreign labour to Denmark: A chronic shortage of engineering and natural science graduates is worrying Danish bosses and one way out could be more recruitment from abroad. cphpost.dk

Pressure Building in Sweden’s Central Bank for Faster Rate Hikes: While it kept the benchmark at minus 0.5 percent on Tuesday, two of six of Riksbank policy makers said they favored tightening immediately or at least by September as Sweden’s economy enjoys its 19th quarter of growth and inflation picks up. The krona rallied the most in nearly two months. bloomberg.com

Money Laudring in Estonia: Amount of money laundered via Danske Bank Estonia could be €7 billion. As much as €7 billion in laundered money may have gone through Danske Bank’s Estonian operations, it has been reported. If this is the case, it would constitute one of the largest known money laundering cases in Europe, according to Bloomberg. news.err.ee , businesstimes.com

Riga’s startups are putting little Latvia on the big tech map: In Latvia, startups have no choice but to think global from day one. Latvian capital Riga is home to a nascent but growing startup scene, where local entrepreneurs have global ambitions. wired.co.uk

TT-Line opens additional service to Lithuania: TT-Line offers a combined freight and passenger service on the new connection between Trelleborg and the Lithuanian port city of Klaipėda. This connection is operated once a week and offers holidaymakers and the cargo service a direct and comfortable passage into the Baltic States. balticsea-report.eu

Alternative Nobel literature prize planned in Sweden: After the Swedish Academy cancelled the traditional prize this year, the New Academy plans a parallel honour in October. The Swedish Academy is not awarding a Nobel prize for literature this year, but a group of Swedish cultural figures are coming together to bestow their own version of the world’s most prestigious literary award instead, as an act of protest at the scandal that has engulfed the academy. theguardian.com

Turku: Passengers can pay for cab rides in Finland by singing karaoke. lonelyplanet.com

Pope to hold mass on Tallinn Freedom Square:  The Vatican announced that Pope Francis will have two ecumenical meetings during his trip to the Baltic states in September, and among other things he will also hold a mass on Freedom Square in Tallinn. news.err.ee

On our own behalf: We at BalticSea Report are always on the lookout for news and current affairs from the Baltic Sea region.
Feel free to write to us and let us know what’s new and interesting in the fields of politics, technology, science, tourism, maritime economy, mobility, regional affairs etc. around the Baltic Sea.
redaktion@balticsea-report.com

NewerThe Missing Piece in the German Foreign Policy Discourse: The Baltic Sea Region
OlderCross-sector and practicality are the reasons why EU macro- regional strategies can make a real difference 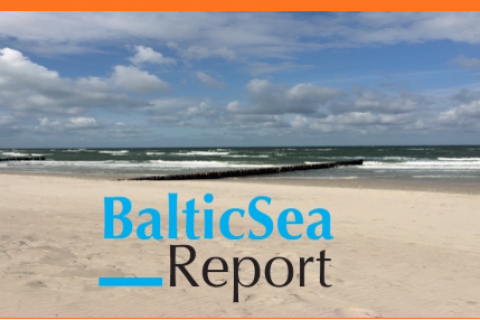