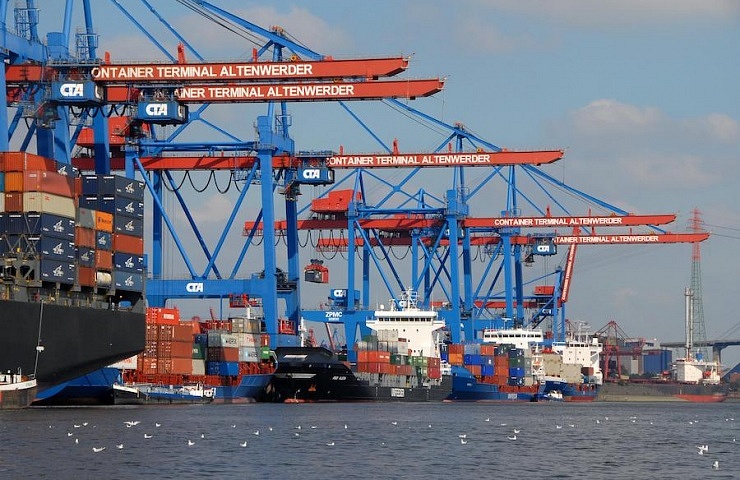 Historically, Hamburg was already closely connected with the ports of the Baltic Sea region during the Hanseatic era and assumed an important function as a transhipment and trading centre.

Today, the Baltic Sea region is the second most important market region in container transport for the Port of Hamburg after China and has the potential to develop into one of the most innovative, prosperous and competitive regions in Europe. The global transport and logistics market has changed dramatically in recent years on an economic, ecological and political level and requires efficient transport connections for internationally oriented transport chains.

A particularly important link to the Baltic Sea region for the Port of Hamburg: the Kiel Canal
With around 30,000 ship passages a year, the Kiel Canal (NOK), inaugurated in 1895, is the most frequented artificial waterway in the world. For the Port of Hamburg, it is the shortest connection to the Baltic Sea. Major investments have set the course for making the canal sufficiently efficient for current and future traffic requirements. By 2030, the (NOK) with currently more than 30,000 ship passages and a transported goods volume of almost 100 million tons per year is to be prepared for the future by means of a comprehensive modernization program. Important elements, such as the sluice project, are well under way.

Construction work is now underway on the construction of a fifth sluiceway chamber in Brunsbüttel and on the financially secure adaptation of the narrow and winding east route off Kiel. The replacement construction of the “Small Locks” in Kiel-Holtenau and the modernisation of the “Large Locks” there are already in the planning stage. The new Federal Transport Infrastructure Plan 2030 contains positive statements for the North and especially for the Kiel Canal. The deepening of the entire canal has found its way into the so-called “new projects” there as a matter of urgency.

The economy depends on a well developed and efficient NOK, so that not only German foreign trade but also the trade goods of the dynamically growing Baltic Sea region can use the fast and short waterway without problems.

The Port of Hamburg also benefits from this, which is connected to the Baltic Sea region via the Kiel Canal by the shortest route with around 120 feeder connections per week. With its tight network of feeder and liner services, Hamburg is the westernmost main port for the states in the Baltic Sea region and assumes a considerable role as a hub for their Baltic Sea traffic.

Even if there are isolated direct calls from Baltic Sea ports, the bulk of the containers will continue to be transported by feeder ship, even at low bunker rates. On the one hand, the distribution and collecting function of smaller feeder ships, which can serve a large number of ports in the Baltic Sea on schedule even with lower handling volumes, is an advantage over large ships, which include as few ports of call with large handling volumes as possible in their schedules for cost reasons.

And then the Kiel Canal offers another major advantage: feeder ships save more than half the journey from Hamburg to Gdansk if they take the shortcut through the NOK and do not take the significantly longer route to the Baltic Sea around Skagen in northern Denmark. In addition, the shorter distance through the NOK also makes a significant contribution to reducing the pollutant emissions.

Overall, the Kiel Canal is on a very good way. Once the planned modernization and expansion measures have been implemented by 2030, the NOK will be more efficient and more attractive than ever for shipping as a shortcut to the Baltic States. In the future, every ship registered for a canal passage should be informed 10 to 15 hours before reaching the locks in Kiel or Brunsbüttel – comparable to a slot on approach to an airport.

Today it is basically a matter of who arrives first in front of the lock. The introduction of intake control between Hamburg and Brunsbüttel, for example, would mean that ships would no longer have to compete, but would be able to plan their voyages precisely and thus drive fuel-efficiently. The result would be lower bunker consumption and, not least, a reduction in exhaust emissions. In addition, there would be fewer ships at anchor in front of the locks, which is in the interests of safety in these highly frequented areas. And last but not least, the deployment of controllers would also be easier to plan. The new inlet control system therefore offers a whole host of advantages for individual sewer customers, but also for safety and environmental protection at sea.

Planned Fehmarn Beltquerung brings Hamburg even closer to its Scandinavian neighbours
The idea is not new and its realization requires patience. As early as the middle of the 19th century, people were inspired by the idea of crossing the almost 18 kilometre short route across the Baltic Sea between Central Europe and Scandinavia. Today, the destination is within reach in the form of a permanent link between Denmark and Germany.

The cornerstone is the state treaty concluded in September 2008 between the Kingdom of Denmark and the Federal Republic of Germany on the construction of a fixed crossing over the Fehmarn Belt. It is a project of a dimension that will benefit the trans-European transport network from Finland to Sicily.

A 17.6-kilometer tunnel is to run from Puttgarden on Fehmarn via the Belt to Rødby on Lolland. Denmark is responsible for the construction of the lowering tunnel and its connection on the Danish side, while Germany has undertaken to provide an efficient road and rail connection on the German side.
Since 2008 a lot of water has flowed along the Belt and the size of the project has taken its toll. Although a large part of the 7.4 billion euro estimated tunnel construction is financed by Denmark, there were protests on the German side by citizens and nature protection activists and a corresponding delay in time. Thus, the start of construction planned for 2015 could not be maintained.

Construction work is currently not expected to start until the end of 2019 at the earliest. These in turn last for around 8.5 years. The costs for Germany are limited to the expansion of the hinterland connection. In the meantime, doubts have also emerged among Danish politicians. At the Folketing, the Danish parliament, the implementation of the Fehmarn Beltquerung was put to the vote again in March 2016. The majority of the delegates voted for the project and thus cleared the way for the planned tunnel construction. Re-negotiations with the construction companies led to a reduction in the budget to around 7.1 billion euros in 2016. 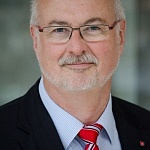 Ingo Egloff is a member of the Executive Board of Hamburg Hafen Marketing e.V. www.hafen-hamburg.de