Looking at the current economic reports it seems that Baltic Sea Region’s economy is doing just fine. GDPs are growing, employment is robust, and finally the countries can take a deep breath after the deep crisis of the end of the last decade. What is more, the political shocks have not yet affected profoundly the consumers, who have kept up domestic demand and keep on fuelling the economy.

However, the sky is not completely clear and Uffe Ellemann- Jensen, the founder of Baltic Development Forum and one of the strongest supporter of Baltic Sea Region macro-regional cooperation and EUSBSR itself points out some crucial issues for the region’s future cooperation.

“When you look at the economic outlook it is positive but with some challenges. One of those challenges is that more and more people are getting too old to work so there will be lack of labour in the future. If you look at the political outlook, more and more people are worried about migration. Foreigners coming to your country. When you sit down now and compare these two problems it strikes me that you need to be a little more open about opening your society towards the outer world, not being too scared about what comes to you, because if you close your society, you will stop being a rich society”, he says in an interview to Let’s Communicate project.

And continues that “When you look at the problems and challenges we are facing now, even the threats we are facing from Russia, from the deterioration of international order, this calls for a much stronger European cooperation. We need to get our act together and my hope is  that the through a free political debate that we also through Baltic Development Forum were supporting all the time that we can convince each other that we need to be more open in our approach to Europe and the future”.

Baltic Sea Region has a long history of cooperation, which has been elevated by adopting the first EU macro regional strategy, celebrating its 10th anniversary next year. Over almost a decade, the region has undergone significant changes and from the cooperation based on giving help and getting help, aimed generally at equalizing the level of development of the countries, it evolved to a more equalized, partner model .

“It is a success and at the same time it is a challenge, says Uffe Ellemann -Jensen, because you need to convince all the  countries in the region that there’s sense to continue along this path and the future benefits lay in it.”

On the other hand, there are many challenges that have recently appeared and need to be tackled i.a. by Baltic Region cooperation. Uffe Ellemann -Jensen points out that “on top of that you have all the challenges we didn’t have in the past.  I’m talking about security challenges, the need to strengthen our cooperation within the NATO and within the European Union in order to  safeguard our security. And the presence of NATO troops in Poland and the three Baltic states is an example that this is taken serious, and I am happy about it. I heard that Chairman of the European Commission Junker “Russian bashing should stop” and added that Russia is so big and we need to cooperate etc.  And I was very disappointed about it because what he calls Russia bashing should in my opinion not stop,  until Russia changes its opinion. We are not for sale. We have our values. Putin broke these values. We have nothing against Russia,  and the Russians but we have something against his way of ruling this country and breaking international orders. So, Russia bashing -yes, please continue with that until he changes his behaviour”.

Security issues, ranging from energy and cyber safety to territorial defence, have been on top of the Agenda for  the three Prime Ministers and Foreign Affairs Minister gathered to open the 9th EUSBSR Forum in Tallinn and it seems that these themes continue to constitute an important topic in the current, various Baltic Sea Region cooperation forums.  However, the challenges should be a reminder there have never been before such a need to stay together.

Uffe Ellemann-Jensen studied political science at the University of Copenhagen. Before graduating in 1969, he began working as a journalist in 1967, first for Berlingske Aftenavis, then for Danmarks Radio. Among other activities, he presented the Danish television programme on the dramatic folketings election in 1973. In 1975 he became editor-in-chief of Dagbladet Børsen for one year.

In 1977 he was first elected to Parliament for Venstre in Aarhus. Ellemann-Jensen was party chairman from 1984 to 1998. For eleven years he was Foreign Minister in the conservatively led government of Poul Schlüter. From 1995 to 2000 he headed the European Liberals.

Ellemann-Jensen is a supporter of the European Union and NATO.

*Marta Czarnecka-Gallas is a coordinator of  Let’s Communicate Project, which serves as the communication point of EUSBSR, within Pomorskie in the EU Association.

**The EU Strategy for the Baltic Sea Region (EUSBSR), adopted in 2009, is the first Macro-regional Strategy in Europe. It is an agreement between the EU Member States and the European Commission aiming at strengthening cooperation between the countries bordering the Baltic Sea. The EUSBSR is divided into three objectives: save the sea, connect the region and increase prosperity. The key focus of the EUSBSR is on joint problem-solving and the many opportunities that regional cooperation provides.

“Let’s Communicate!” project, which  functions as the Communication Point of the EUSBSR, launches a series of articles focused on EUSBSR priorities in order to promote the success stories and cooperation within the Strategy framework. The project is co-funded by the Interreg Baltic Sea Region Programme. 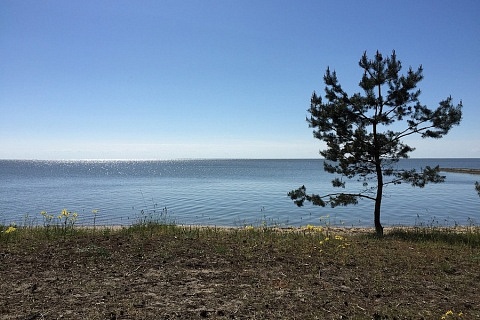 By Andrius Kubilius  I am an optimist regarding the future of Baltic Sea Region. Why?  Well, I’m... 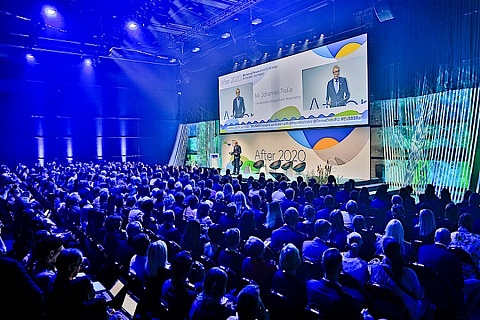