Cooperation between the Universities of Turku and Rostock underlined 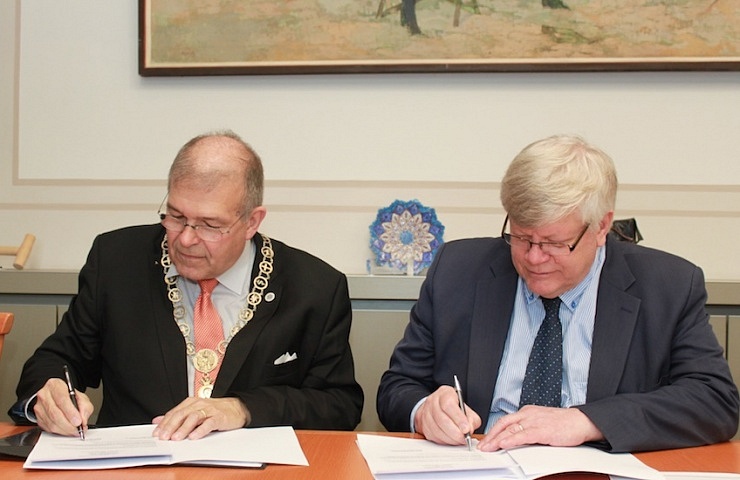 The Rector of the University of Turku, Professor Kalervo Väänänen, and Professor Wolfgang Schareck, Rector of the University of Rostock, signed a declaration of intent on 13 April 2018 to intensify cooperation between the universities of Turku and Rostock. They thus renewed a cooperation agreement between the two institutions that had already been signed in 1985. “This confirmation of our cooperation is an important part of our strategic goal of becoming a Baltic Sea University,” emphasizes Professor Schareck.

His three-day visit took him to the southern city campus of the University of Rostock. There he visited the research building of the department “Life, Light and Matter”, the Institute of Chemistry and the Leibniz Institute of Catalysis. Professor Väänänen was particularly interested in the concept of interdisciplinary research at the Interdisciplinary Faculty of the University of Rostock and in biomedical research and development. He visited CENTOGENE AG, CORTRONIK GmbH and the Institute for Implant Technology and Biomaterials e.V.. He also had the project “Phosphorus Campus” explained to him at the Leibniz Institute for Baltic Sea Research, which is dedicated to interdisciplinary research into the material cycles of the vital element phosphorus.

Turku is a twin city of the Hanseatic and university city of Rostock. Turku University is Finland’s second largest university.