Young people from across the Baltic Sea Region discuss borders, identities and cooperation 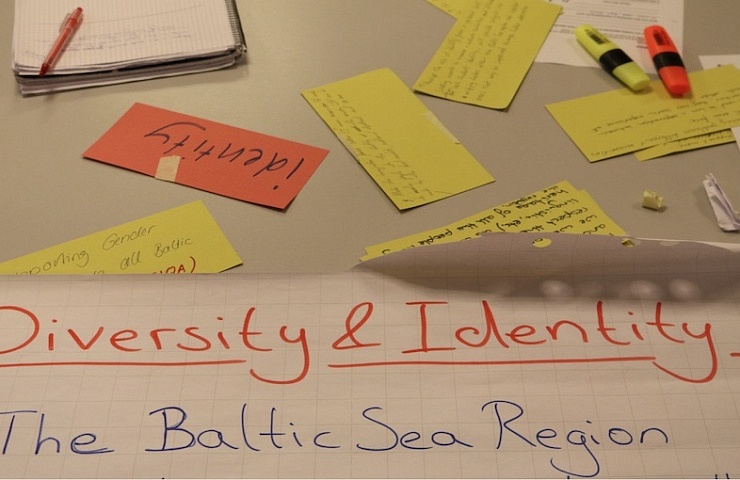 From 16 to 21 November young people from the Baltic Sea Region gathered at Akademiezentrum Sankelmark (Oeversee, Germany) for the 5th edition of the Baltic Sea Youth Dialogue to explore identities and to discuss questions on borders and culture, cooperation, minorities and more. During these days they got to know the Council of the Baltic Sea States and its work and increased their knowledge of and participation in the decision-making processes in our region.

“I grew up near the Baltic Sea, so it has always been important for my identity. I enjoyed discussing minority issues and the possibility to explore a regional identity with other participants from all over the region,” said Johanne, one of the participants of the programme.

23 participants met in the Danish-German border region of Sønderjylland-Schleswig, an interesting example of co-existence and cooperation, and learned about the German minority in Denmark and the Danish one in Germany. During lectures and interactive group work they also discussed the Roma and Frisian minority, migration issues in the region, the experience of the region Sønderjylland -Schleswig and the work and cultural policies of the European Union. In a workshop regarding migration issues in the region participants developed their own policy recommendations.

This year was special for participants increasing their participation on a regional level. In cooperation with Baltic Sea States Subregional Co-operation (BSSSC) they developed suggestions for the Baltic Sea Youth Declaration which will be finalised at the Baltic Sea Youth Camp, organised by the BSSSC and supported by the CBSS Project Support Facility. The Youth Camp will take place on 8-11 June 2019 in Gdansk, back-to-back with the Annual Forum of the EUSBSR.

At the traditional part of the Youth Dialogue, the simulation game “Be a CBSS official for one day”, the participants discussed the Vision Group Report and future development of the CBSS at a simulated meeting of the CBSS Committee of Senior Officials (CSO).

“Chairing the CSO meeting was exciting for me! To build a base for cooperation, we focused on discussing environmental challenges, our ‘common enemy’. It was an engaging and fruitful discussion and I hope it can give the CBSS some ideas for implementation in the future,” said Sebastian, the Chairperson of this youth CSO Meeting. One of the suggestions was to establish a network of volunteers working with environmental issues in our region which could be an opportunity for the Baltic Sea Region inhabitants (not limited to youth) to travel to another country, work there for several weeks or months, gain experience and solve specific issues that unite us around the Baltic Sea.

Integrated into the programme was also a public discussion on “Denmark and EU – a complicated relationship”. CBSS Deputy Director General, Bernd Hemingway, participated among others in the panel addressing the Denmark – Germany border, the role of the CBSS as an organisation, regional identity and the importance of education and youth work such as Baltic Sea Youth Dialogue: “Young people give us visionary and brave ideas and inspiration that are of utmost importance for creating dialogue and cooperation in the region.”