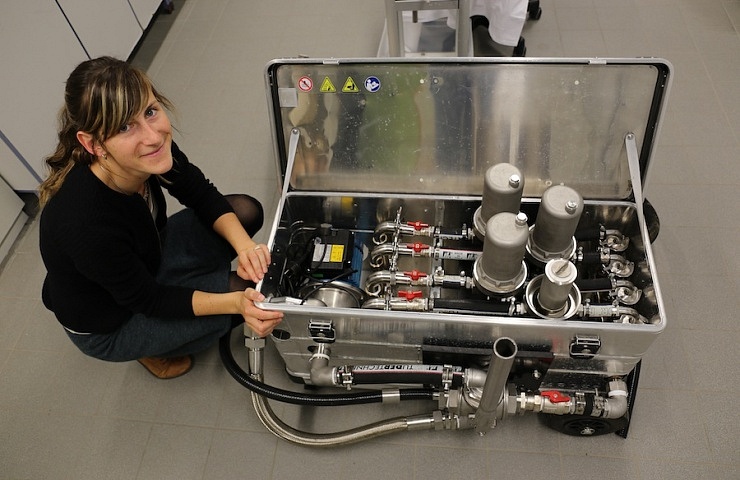 Environmental researchers at the Leibniz Institute for Baltic Sea Research Warnemünde (IOW) have developed a new type of mobile device for recording microplastics in surface waters.

They call the design “Rocket”, which allows up to 60 litres per minute to be sucked through four fine candle filters depending on the amount of suspended matter in the water and which is particularly advantageous for sampling the fine fraction of the microplastic in the range up to 10 µm. A particular challenge during development was to do without plastic as much as possible. The successful results of the test phase have now been published by Warnemünde in the international trade journal “Water”.

Microplastics are omnipresent in the environment. Whether in the Arctic ice, the sand of the Sahara or the sediments of the deep sea – environmental researchers find these artificial particles everywhere. Figures on how much of this occurs in the environment, however, are usually based on estimates, because it is difficult and time-consuming to record the object of investigation due to its variable behaviour in the environment, its similarity to natural components and the fact that microplastics are often masked by biofilm growth. To make matters worse, in our plastic world the postulate of contamination-free sampling also poses an enormous challenge: whether it is the clothing of the sampler, the sampling equipment or the sample vessels themselves: When microplastics are detected, any plastic must be avoided.

Robin Lenz and Matthias Labrenz, the authors of the article in the trade journal “Water”, are investigating in a project financed by the Federal Ministry of Education and Research (MicroCatch_Balt), which are the main entry paths for microplastics into the Baltic Sea along a river system and where microplastics that have been introduced during the course of the river are also removed. Their “model river” is the Warnow. For the extensive sampling campaigns, they now developed a device which, in its silvery aluminium box equipped with hoses and levers, looks like the props of a 70s science fiction film and was therefore nicknamed “The Rocket”.

“Rocket” offers many advantages over conventional sampling techniques. Two effects in particular had to be avoided: Conventional techniques, which usually use plankton nets for sampling, are particularly faulty with fine microplastics in the micrometer range. Either the mesh size of the nets is too large to catch even the very small microplastic fraction, or, in the case of very small mesh sizes, the nets clog quickly. Swirls in the area of the net opening then swirl the microplastics out of the net again. This is no longer possible with the candle filters connected in parallel in the closed “Rocket” system. All particles larger than 10 µm are collected. But another disadvantage of the net technology was eliminated with the Rocket: The device works almost completely without plastic. Only one type of plastic, the relatively rare PTFE (polytetrafluoroethylene), was used inside the closed system. This means that contamination-free sampling can be assumed for all other plastic polymers.

The MicroCatch_Balt project is funded by the German Federal Ministry of Education and Research (BMBF) within the research area “Plastics in the Environment”. The research focus “Plastics in the environment – Sources, sinks, solutions” is part of the Green Economy lead initiative of the BMBF framework programme “Research for Sustainable Development” (FONA3). 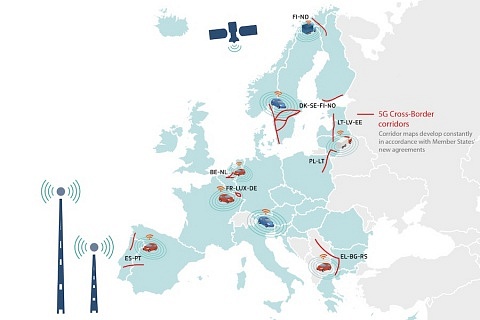 Today, the three Baltic countries Estonia, Latvia and Lithuania, have jointly agreed to develop an...